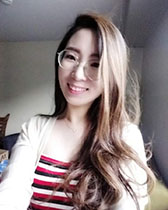 Irene Kwon is a graduate student in the PhD program in political science and MS program in statistics. She studies financial markets, identities, and public opinion in the United States via the lens of race, gender, and immigration; cultural interpretation of money and finance; and various research methods ranging from interviews to machine learning techniques. Originally from Seoul, South Korea, a country heavily dependent on trade, she has been interested in international commerce and global financialization since she was a little girl. An international student herself, she has been actively involved in mentoring new international graduate students. In addition to her major in political economy, she is also passionate about advocating for gender equality, LGBTQ rights, racial justice, and civic engagement.

We are currently remote-only. Please contact us via e-mail or telephone.